With the start of summer just around the corner, it’s time to start thinking about…pumpkins? 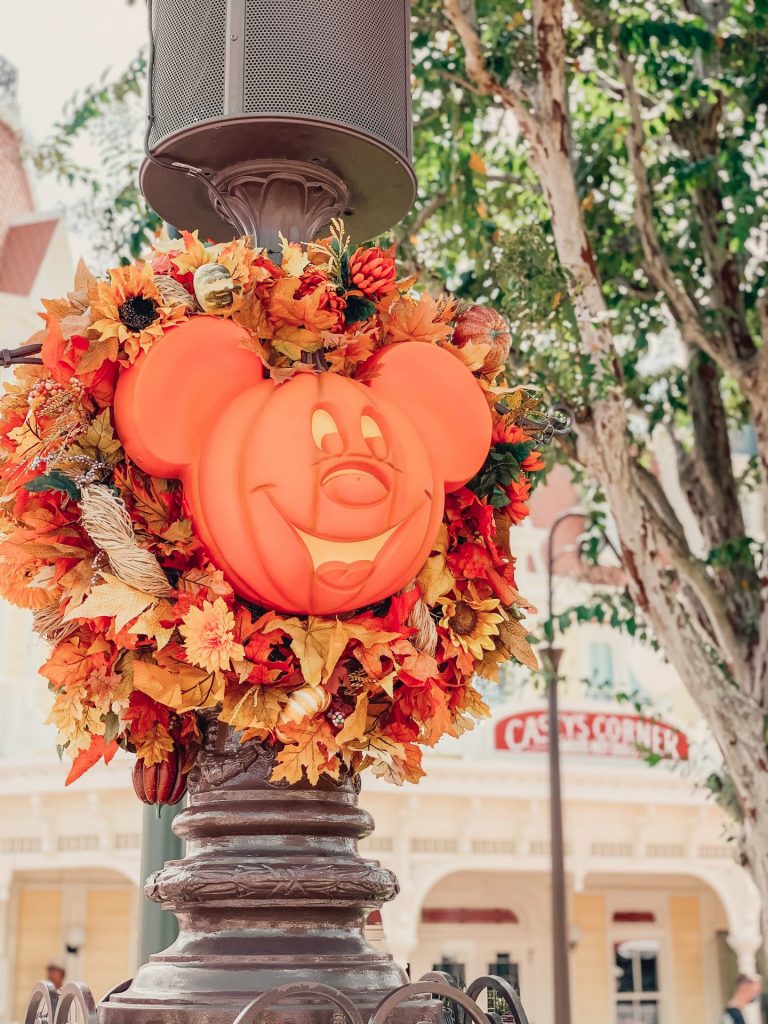 Disney World just released details about its Halloween plan for 2021: an After Hours BOO BASH!

Tickets for the event go on sale June 8th for Disney World Resort guests and June 15th for all other guests.

With the number of people who already have reservations to visit Disney in August – October, plus the many people who will surely be more inclined to book with the announcement of this new Halloween party, now is the perfect time to plan how to get the most out of your late summer/autumn vacation. 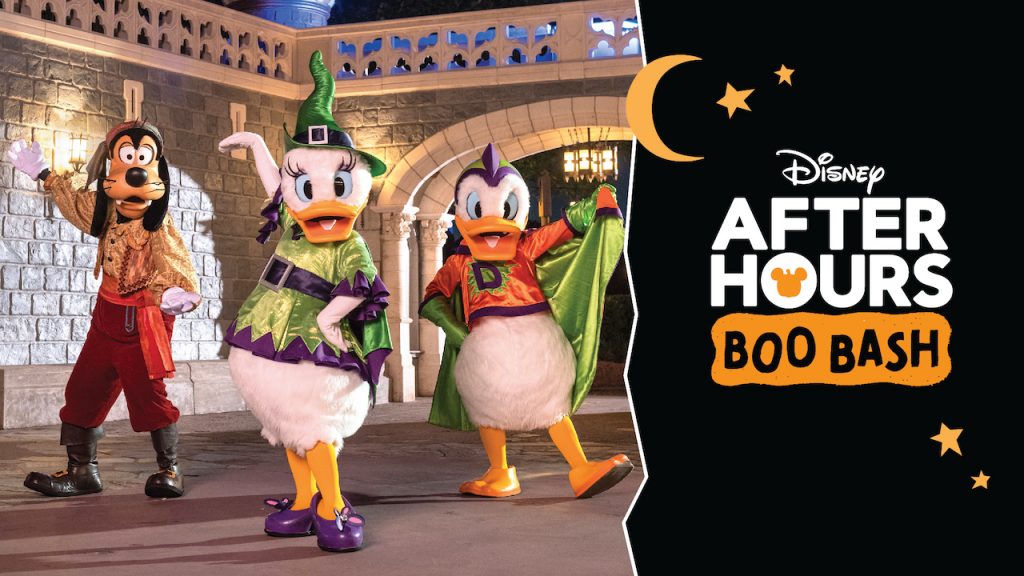 Parties take place mostly Tuesdays and Fridays, with some Sundays added in October

The BOO BASH will feature the Character Cavalcades we have come to know and love over the last year, but they will be aptly updated with a Halloween theme. 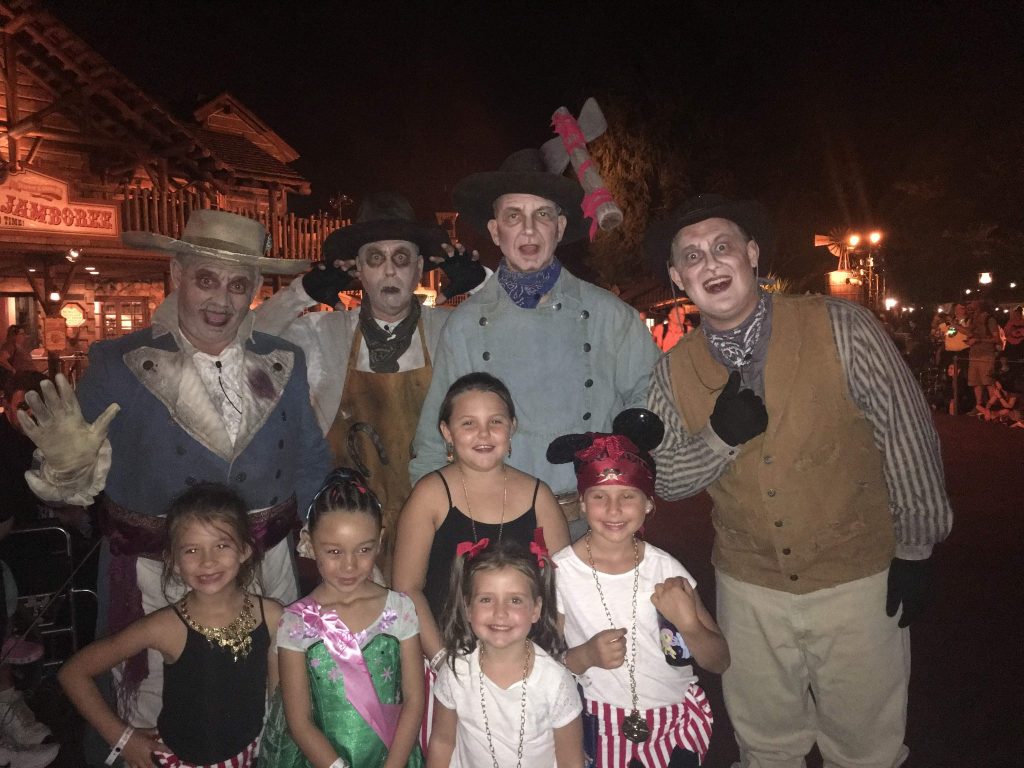 Cadaver Dans from Mickey’s Not So Scary Halloween Party 2016

Just like any other After Hours Event, Disney has offered, this one will also include: 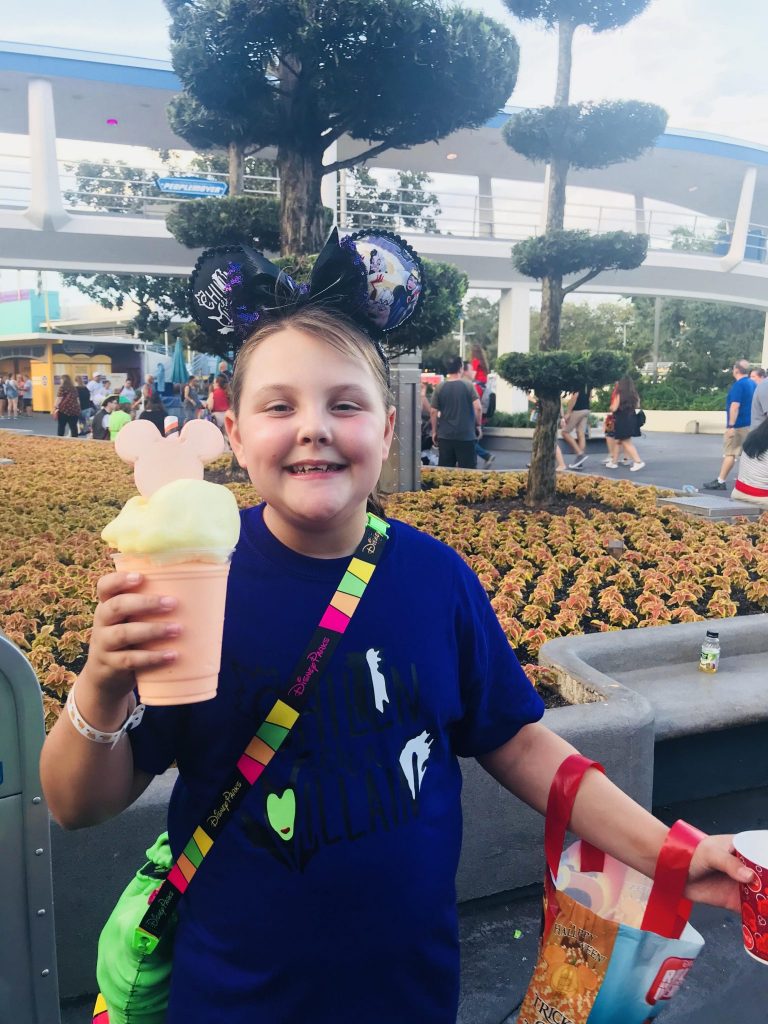 Sweet lovers will appreciate the plethora of goodies and treats, and specialty Halloween-themed food and beverages (which often look too fabulous to even eat, but are also too delicious not to!) will be available for purchase. 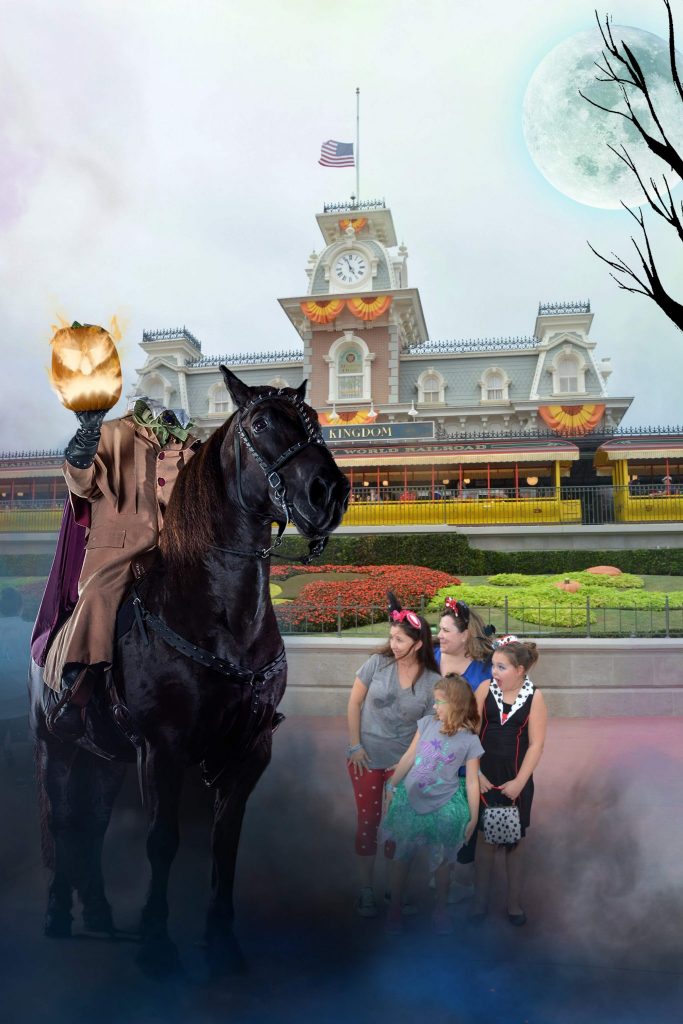 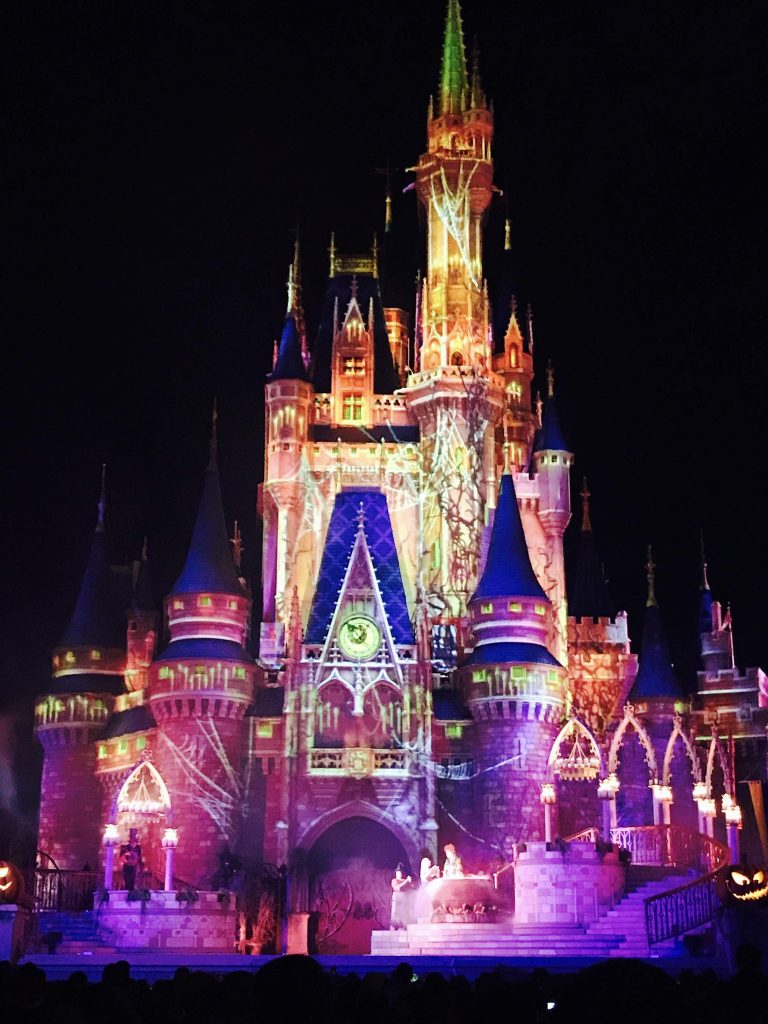 Of course, the seasonal atmosphere of (not-so) spookiness will be present in the decor, music, and lighting, and all guests will get to enjoy low wait times throughout the park with their special event ticket purchase.

These are the confirmed details of the event as of now, which may leave fans of Mickey’s Not-So-Scary Halloween Party a bit disappointed since 2021 will be the second year that the normal and highly anticipated seasonal event has been canceled, BUT, just as things were unpredictably taken away throughout 2020, things in 2021 have been unpredictably changed as well, and in much more positive ways (such as the recent easing of mask requirements).

So far, Disney has done an excellent job of adhering to the CDC guidelines, while determining which rules to continue to (kindly) enforce throughout the parks to keep guests healthy and feeling safe. As everyday life creeps back toward normalcy, Magical life in the Parks is sure to follow suit.

The few key differences between the traditional Mickey’s Not-So-Scary Halloween Party and the After Hours BOO BASH mostly have to do with preventing large crowds from gathering in the same area at the same time and maintaining social distancing throughout the parks. 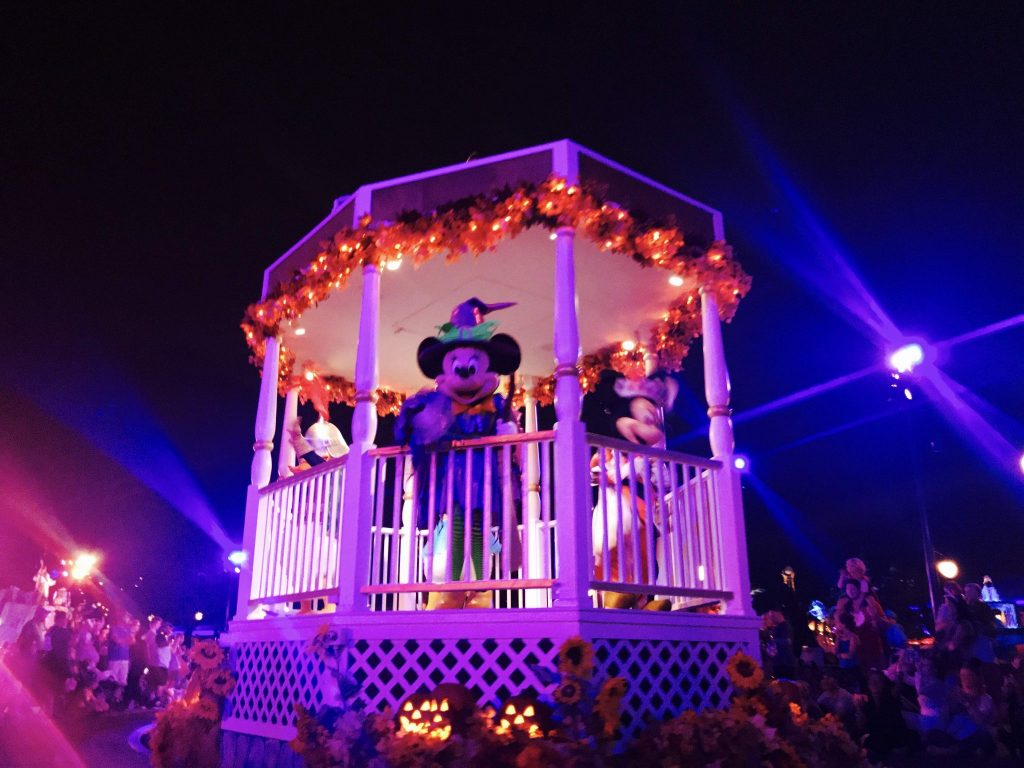 For the BOO BASH,

In addition, live shows that draw the largest crowds, like the Hocus Pocus Villains Spectacular, will not be performed, and neither will Disney’s Not So Spooky Spectacular of Fireworks. 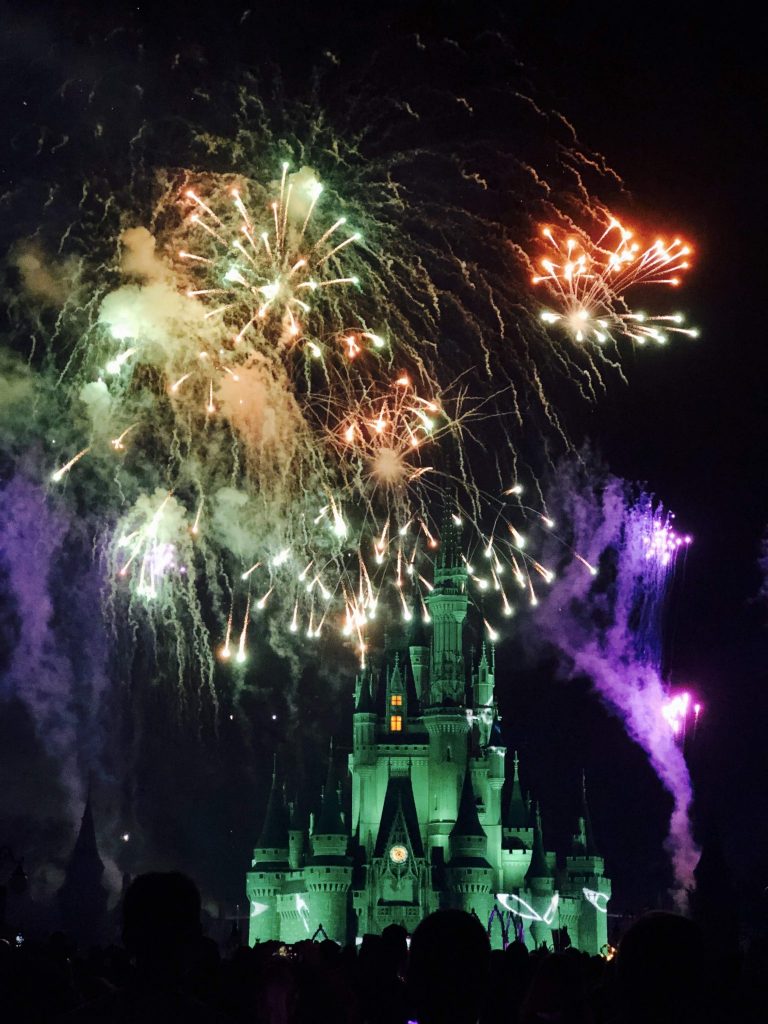 Currently, the Fireworks shows throughout Walt Disney World Parks are still suspended due to social distancing guidelines, and Parades have yet to return as well.

HOWEVER, with new guidelines being issued frequently, there is a chance these beloved events will return to the Parks, and when they do, there MAY also be a chance that a modified version of Parades/Fireworks/Shows COULD be added to the After Hours BOO BASH line-up.

With everything still so unpredictable, it should NOT be counted on or planned for, but more thought of as a POSSIBLE added bonus if you decide to purchase tickets for the BOO BASH.

Even if some of the more traditional events do not return, and the After Hours BOO BASH takes place exactly as it is currently advertised by Disney, tickets to the event could arguably be just as valuable, if not even more so, as tickets to Mickey’s Not-So-Scary Halloween Party.

Up Side to the After Hours BOO BASH

Critics of Mickey’s Not-So-Scary Halloween Party have argued that the event has become increasingly crowded, making wait times for rides almost as long as they are during regular daytime operating hours.

In addition, with the sheer amount of extras (Parades, Characters, Live Shows, etc.) during the traditional party, it’s often difficult to decide how to spend your after-hours time: experiencing all the extras, or trying to get in more ride time while the lines are supposed to be significantly lower.

Plus, now that Disney has added Halloween-themed differences to rides such as Haunted Mansion (obviously), Space Mountain, and Pirates of the Caribbean, fitting in every single ride, show and event may not even be realistic. 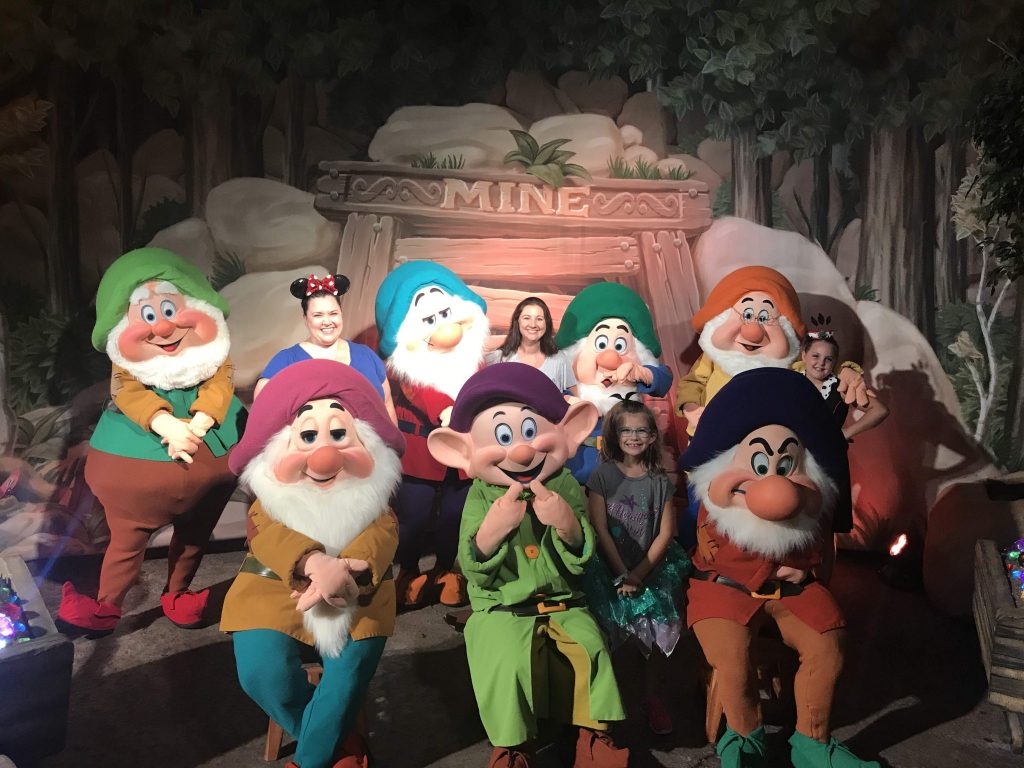 We waited in line to see the Seven Dwarfs over two hours after arriving early to meet them.

On the other hand, this year’s After Hours BOO BASH offers a slightly more laid-back approach. We are all used to cramming as much Magic into one day as possible whenever visiting the Parks, and while that certainly makes for an incredibly Magical experience, it doesn’t always equate to a relaxing one.

With the BOO BASH, though, the After Hours time you get to spend in the Park has the potential to be among the most Magical AND somewhat relaxing experiences you can get at Magic Kingdom.

Instead of spending time waiting in lines for Character Meet-and-Greets, and camped out for hours at your perfect Parade-watching spot, you can spend that time covering more of the Park, while at the same time catching passing Cavalcades and snapping socially distanced selfies during Character “Sightings.” Plus, it’s safe to say that with the decreased Park capacity and a limited amount of tickets to the event, wait times for rides will be significantly lower than normal, and you will get on many more attractions than you would without the After Hours ticket.

You may miss hugging your favorite Characters, but you may also get to ride your favorite coaster multiple times with no wait. In these unprecedented times when we’ve all had to deal with many differences in our daily lives, I would call that kind of trade-off a win.

There are a few other things worth noting about the After Hours BOO BASH:

Additionally, although Disney clearly states that costumes may be worn by all guests, there are a few dress code and costume guidelines that may be unexpected, and if any guidelines are not adhered to, it could result in denial of admission to the Park.

Overall, this year’s After Hours BOO BASH seems like a perfect stepping stone on our collective way back to normal.

Those who have attended Mickey’s Not-So-Scary Halloween Party in the past may find themselves enjoying this relatively relaxed version for the time being, and those who have never been to the Parks during the Halloween season may find this to be the perfect introduction, sparking excitement about what’s to come (back) in future years.

Any way you look at it, Disney has once again given us something Magical to look forward to!

To learn more about past years Mickey’s Not So Scary Halloween Party you can find that information here.

To plan your next Disney World (and beyond) vacation or purchase tickets please contact your Love of the Magic Vacations travel advisor or to find out more about Disney World resorts click here.

We look forward to hearing from you!

Disney Cruises Sail Again – All You Need to Know

Experiences Not Stuff: How to Give the Gift...