Character Meet & Greets are Back!

It’s hard to believe that we had to wait almost two full years before traditional character meets returned to the parks, resorts and cruises. But that day finally came for Walt Disney World on April 18, 2022! Hugs were officially back! Meet and greets in the parks as we once knew them were back again and it felt like all was finally right with the world.

When the pandemic hit and the parks closed in March 2020, we all had no idea what was in store. Turns out, a lot! And even when Walt Disney World reopened in July 2020, it was still quite some time before we saw characters return to the parks. Character cavalcades, mini parades, were introduced as a way to see your favorite characters throughout the parks. And while they are a ton of fun and we hope they are here to stay, they just weren’t enough. We wanted to hug and get autographs from our favorite characters.

And now we can! Characters are back and scattered around the parks waiting to see us! So where can you find your favorites? Let’s break it down park by park. 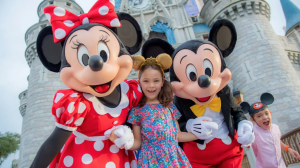 Just a quick note, it’s important to know that character meeting times vary and change often. Remember this as you plan your day.  Refer to the My Disney Experience app to check for meet times if there are any that are on your list.

Open the My Disney Experience app and select the compass map icon on the bottom of the screen. From the top drop-down select Characters. Tapping on any character will take you to an expanded screen with their specific meeting times that day.

As of this writing on May 16, 2022, here is the full list of character meets at Walt Disney World. 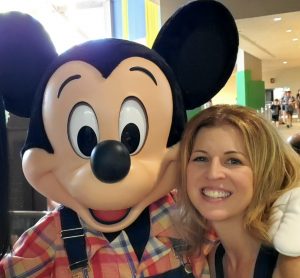 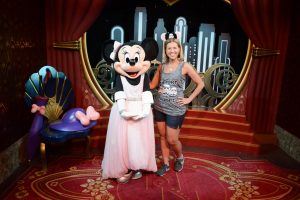 Currently only Kevin and Russell are greeting Guests at Animal Kingdom. Hopefully in time, more characters will return. In the meantime, daily character cavalcades are still happening throughout the day. Catch them at various times as they cruise down Discovery River. Check the My Disney Experience app under the Entertainment category to find showtimes.

These are all of the character meet & greets happening across all four parks right now. As mentioned, always refer to My Disney Experience on the day you are visiting the parks to see if there have been any adjustments made to character meets. Things do change frequently and sometimes without notice.

All the Fall Things for the Perfect Autumn Vacation in Orlando