Disney World has many new and highly anticipated additions coming in 2019!  Here is a complete list of what we have to look forward to in the new year!

I’ll continue to add pictures to this post so bookmark it and check back to see the progress! 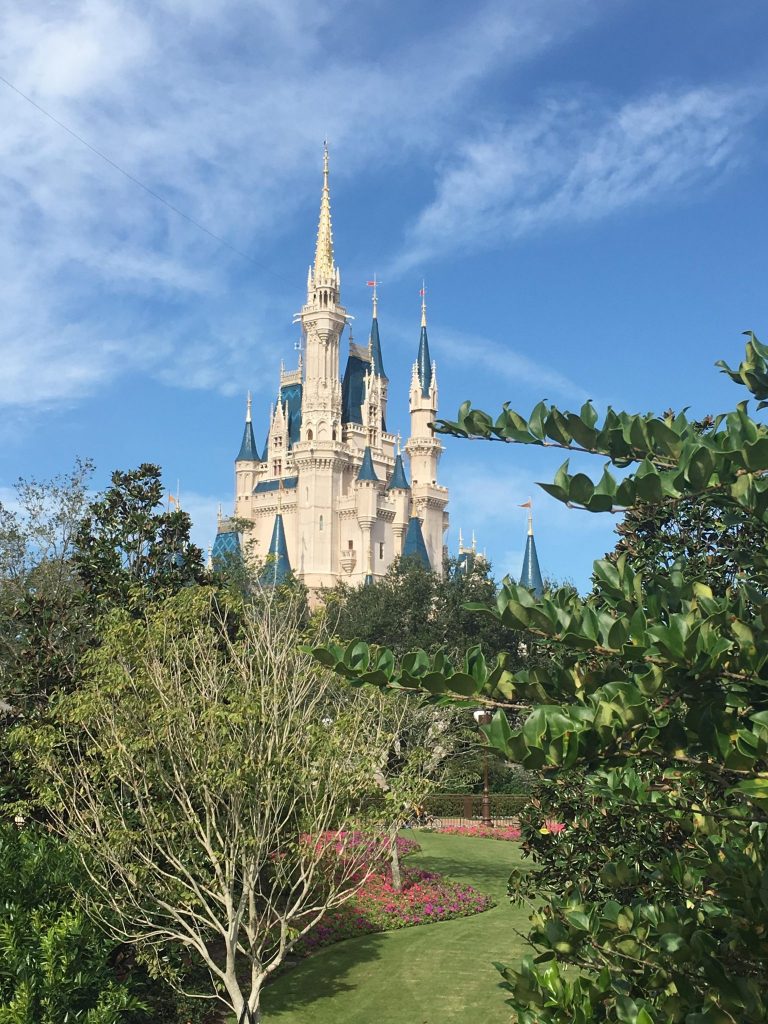 Mickey and Minnies Surprise Celebration begins on January 18th at Magic Kingdom.  Mickey and Minnie will finally be together in one spot for a picture taking opportunity!  I’m so excited!

Move It, Shake It, MousekeDance It!

Move It, Shake It, MousekeDance It also begins on January 18th.  This updated version of the current Move It, Shake It, Dance It, Play It parade will have new music and costumes celebrating our favorite mouse! 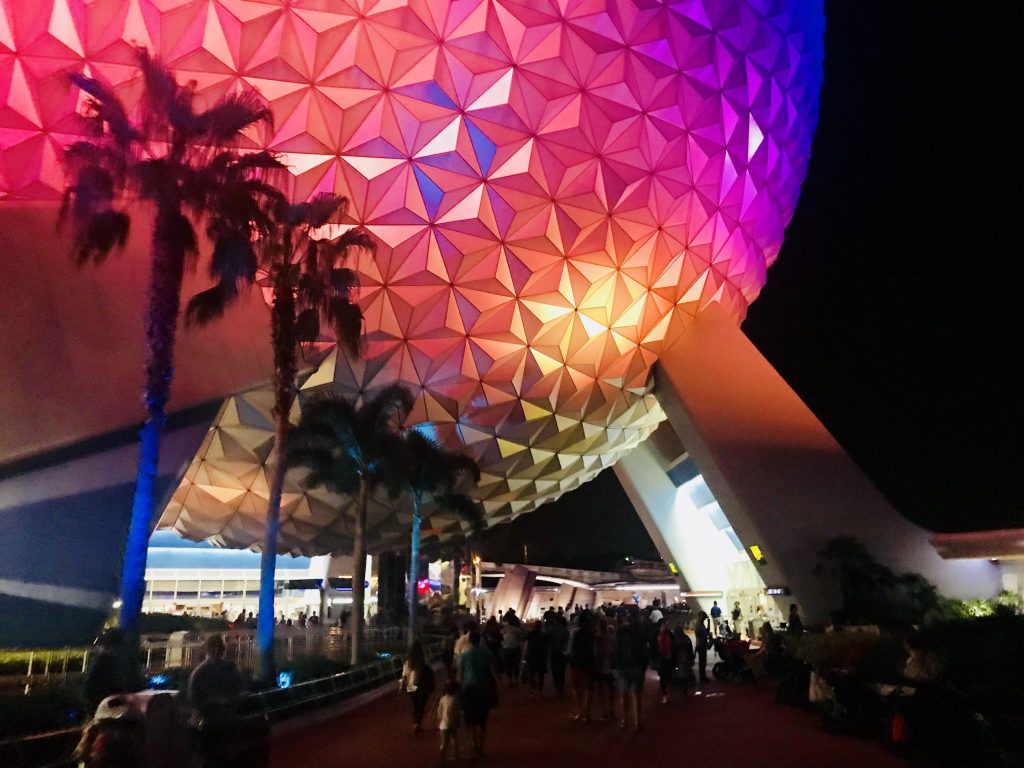 Summer 2019, IllumiNations: Reflections of Earth, a long-standing fan favorite will end and a new show Epcot Forever, will begin.  It’s unknown if this will happen simultaneously.  The new show will play for a limited time as Disney reimagines the feel of Epcot. 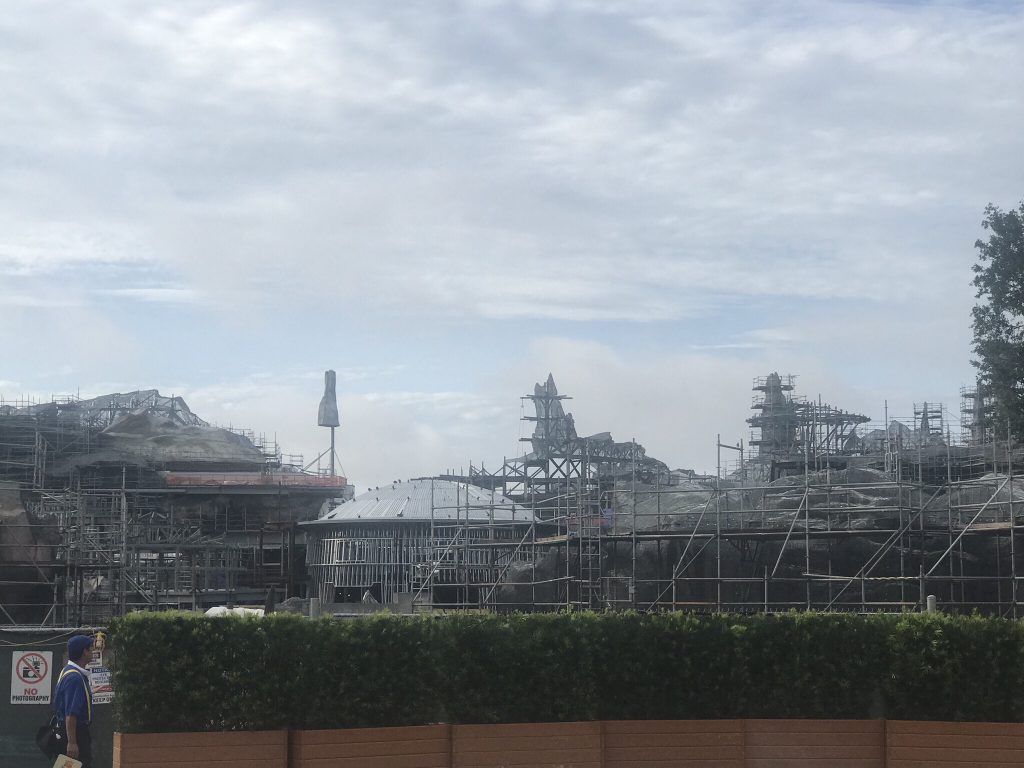 Perhaps the most anticipated new addition at Disney World is Galaxies Edge (Star Wars Land) at Hollywood Studios.  This fully immersive land will feature two new attractions “Millenium Falcon – Smugglers Run” and “Star Wars Rise of the Resistance” when it opens in the Fall of 2019 along with new dining locations and of course a gift shop.  The new Star Wars Hotel will also be part of the land but is not slated to open in 2019.

I’m not even a huge Star Wars fan and I’m really excited to experience this new land!  Sorry guys, Star Wars is great and all I’m just not a diehard.

However, seeing glimpses of what’s to come while riding Slinky Dog Dash and just what’s peering over the tops of the walls has me pretty excited to experience what Disney has dreamed up this time! 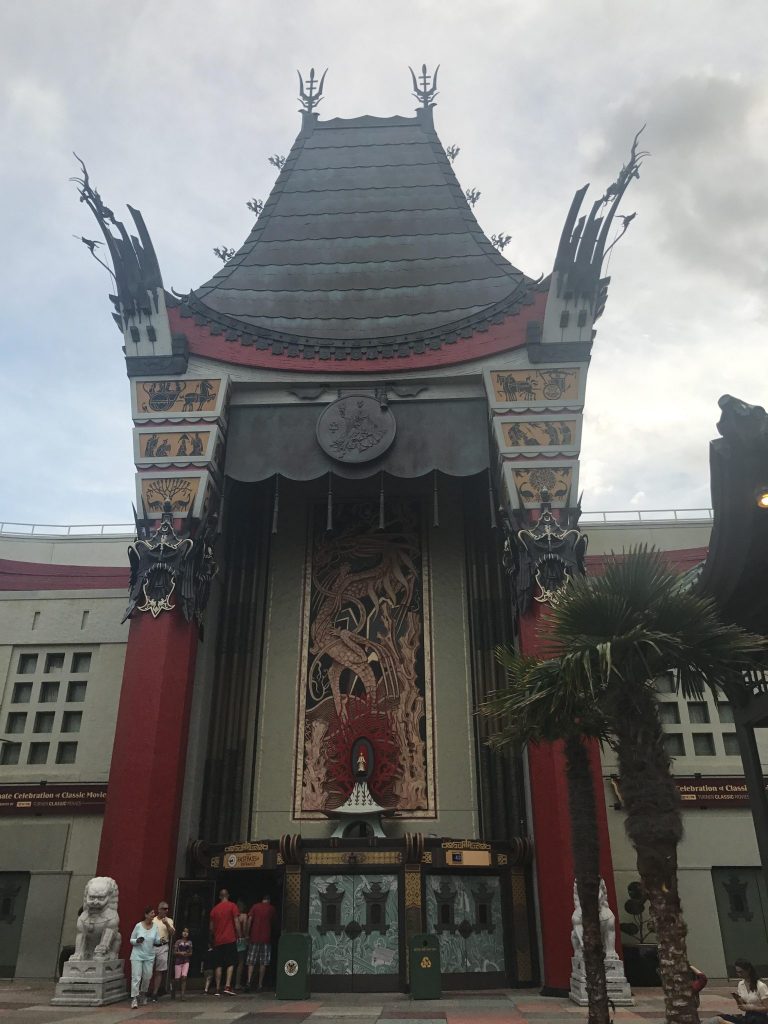 This Mickey filled experience is taking the place of the Great Movie Ride inside Hollywood Studios. I was completely sad when Disney closed the Great Movie Ride I’m equally excited about the opening of Mickey’s Runaway Railway!  This new 3-D attraction is scheduled to open in 2019 and is sure to be loved by all mouse fans! 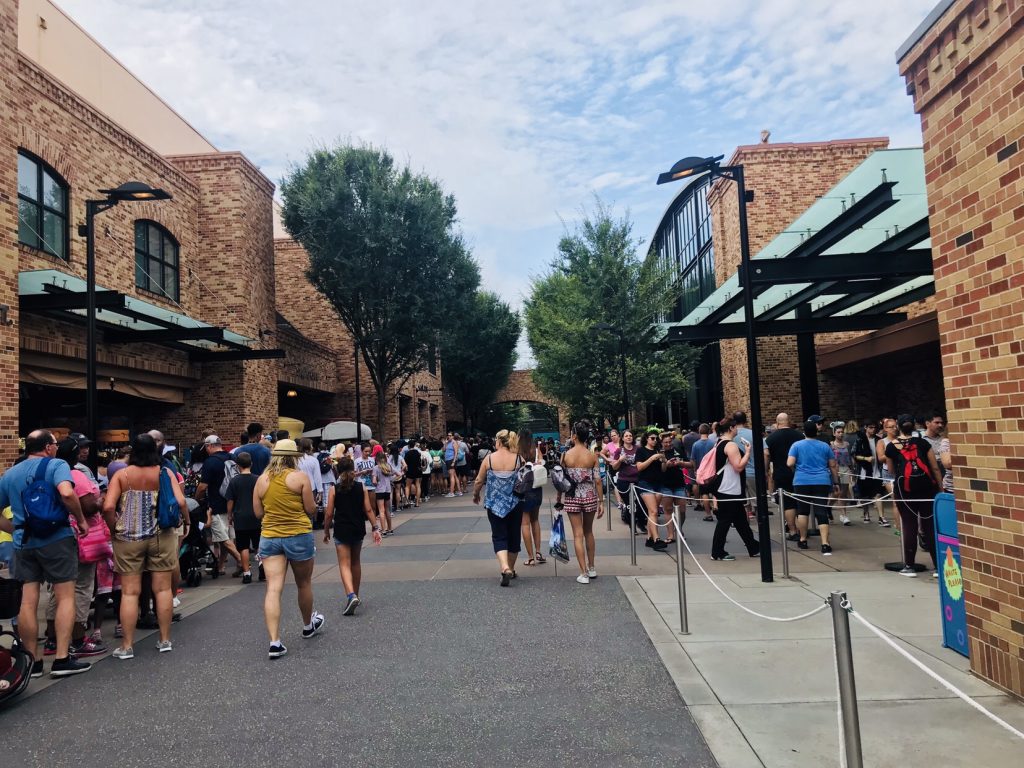 Pixar Place is currently being reimagined at Metroville home to the Incredibles and will open on January 18th.  This area was once the entrance to Toy Story Midway Mania and home to the Woody and Buzz meet and greet but upon the new Toy Story land opening Disney quickly put up walls and began construction on something new.

On January 18th, Mike and Sully from Monsters Inc will be coming to Hollywood Studios for a new meet and greet.  You will find them inside One Man’s Dream in the same spot we’ve seen Guardians of the Galaxy, Moana and some other character favorites.  Because of where they are meeting I anticipate they will only stick around for a short time.

Beginning in early 2019 Lightning McQueen and his racing buddies Tow Mater and Cruz Ramirez will star in a new show located near Rockin Rollercoaster.  I anticipate this show to be in the building behind the coaster that has featured a few dance parties in the past.  Lightning McQueen is excited to share his racing knowledge with all of us but has to think on his feet when it doesn’t go as planned.

Disney continues to celebrate the history of animation and movies in Hollywood Studios with the debut of a new nighttime show beginning May 2019.  This projection show will share 90 years of Disney Animation and is assumed to be another projection show on the Chinese Theater.  As long as they include the original animation Steamboat Willie my little Disney heart will be happy! 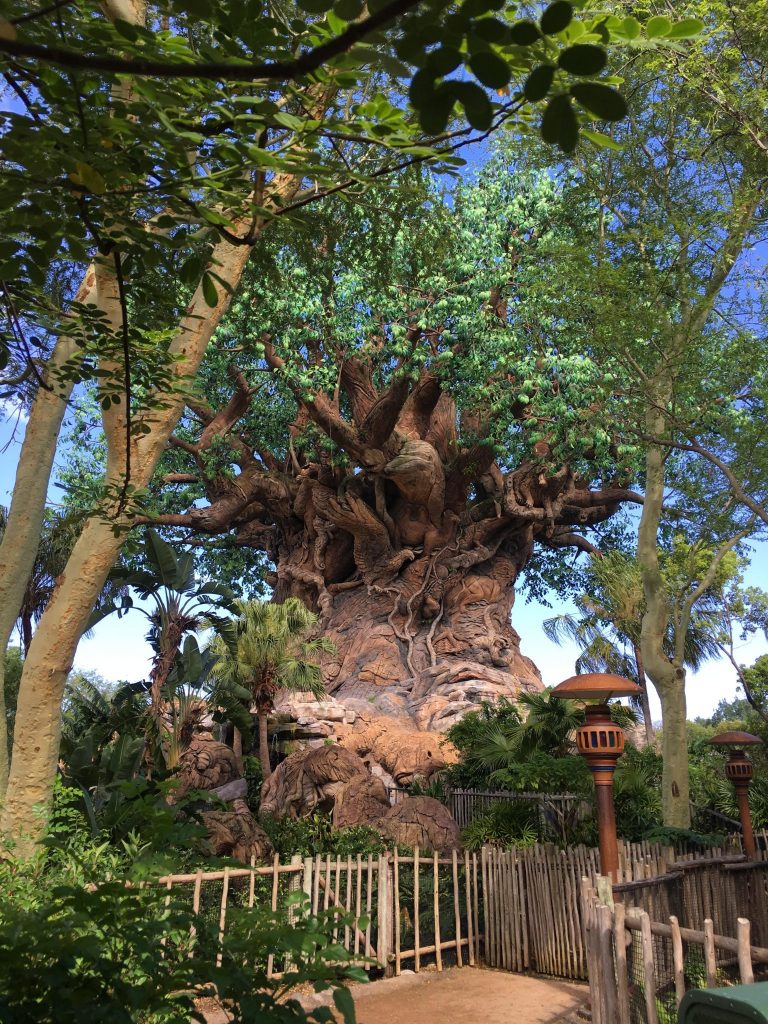 A new dance party titled “Hakuna Matata Time” begins on January 18th as part of the celebration of Mickey throughout Disney World.  I don’t anticipate this one to draw crowds like the shows featuring Mickey. 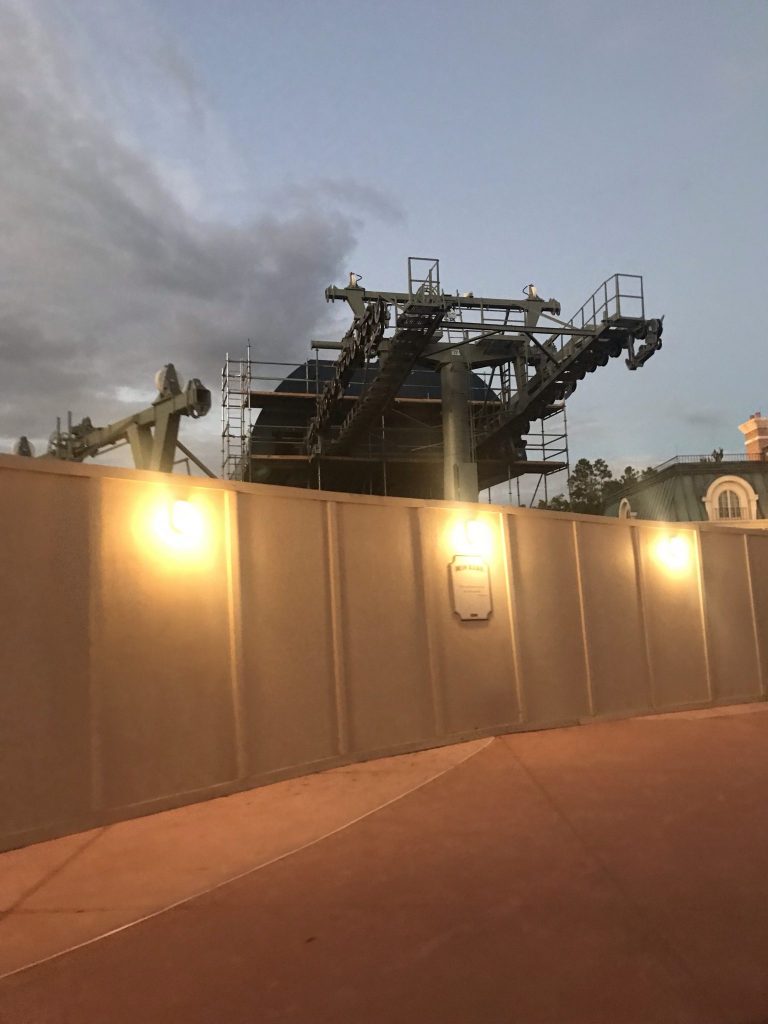 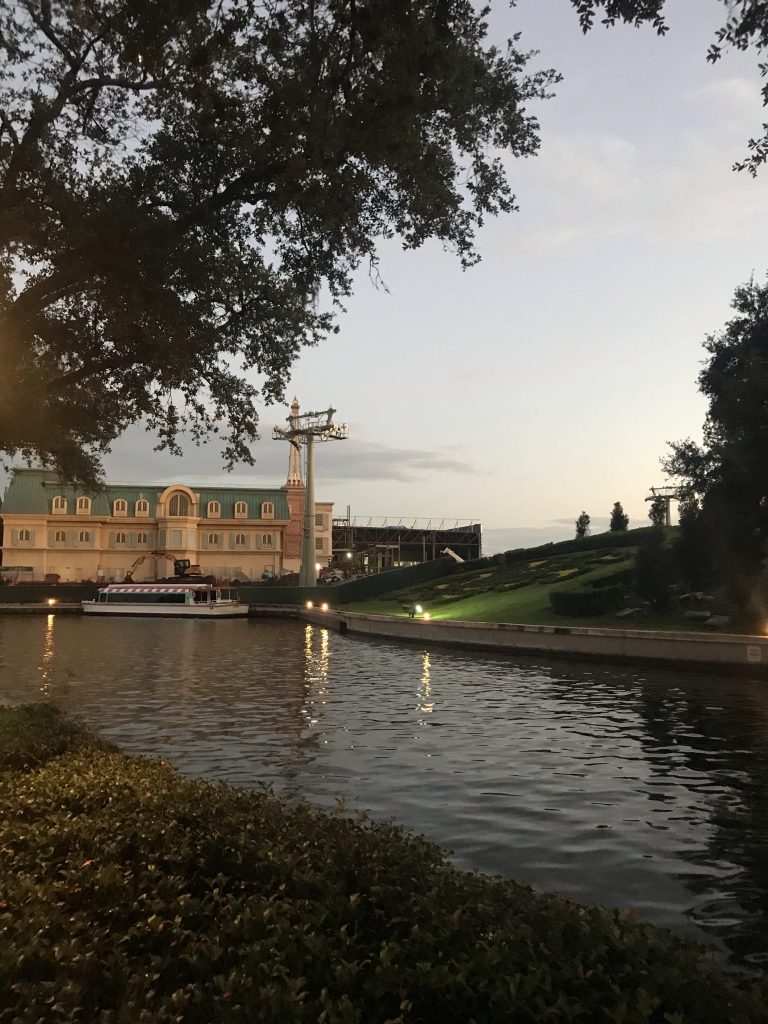 Opening in the fall of 2019, this new gondola system will connect 4 resorts, Disney’s Art of Animation, Pop Century, Caribbean Beach and the new Rivera Resort,  to both Hollywood Studios and Epcot.

All of the connector poles are in place and the cable system is being installed.  Each of the 4 new platforms to board the gondola are also well underway.  Each platform has been designed to match the theming of its location.

In the Fall of 2019, just in time for Galaxies Edge, Disney’s new Rivera Resort will be opening at Disney World.  This new resort is the fifteenth Disney Vacation Club resort.  There will be approximately 300 new rooms and views of Hollywood Studios and Epcot fireworks from the top floor restaurant. 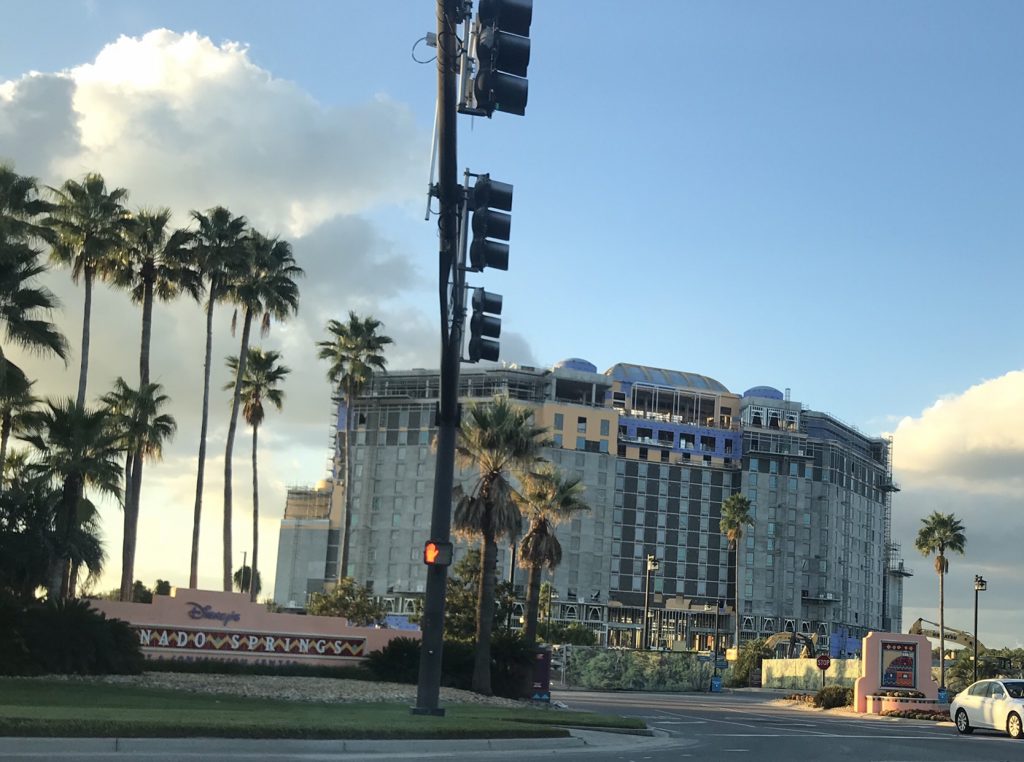 In July 2019 this new 545 room tower which includes 50 suites will begin welcoming guests in a two-story grand lobby.  This new tower is situated to the right of the original resort and will be the new check-in location.  Two new restaurants will also open at the resort. One on the rooftop of the tower and the second on an island in the middle of the 14 acre Lago Dorado lake.   The original rooms at Coronado Springs are also getting a facelift to match the resorts new style.

Disney Springs has had an abundance of “new” over that last several years as it was transformed from Downtown Disney to Disney Springs.  This shopping, eating and entertainment area has been very popular among guests and is often quite crowded in the afternoons and evenings.

City Works Eatery and Pour House will open in the summeopen019 and will feature over 80 beers on tap and abundance of large screen TVs.  This sports bar type atmosphere will be family-friendly and perhaps a favorite hang out location for all of the sports-loving dads out there.

Disney Worlds Private VIP Tour – Everything You Need to Know

The Perfect Gift of Travel: Tahiti